Got a Charge Out of This One →

Back from a long break 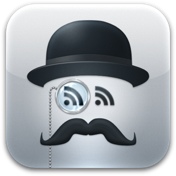 I have been away from this blog for quite a while, but it remains a good place to put the tracks and experiments of my growth in ed tech.

I mourned the end of Google reader along with many others, but I was already not reading the blogs I had collected. Well after the collapse of my RSS feeds, I started looking around for another reader to replace Mr. Reader, my favorite Google Reader reader. After a side tour in Flipboard, Feedly, Feeddler, and many others, I have returned to Mr. Reader which now allows for subscriptions from several RSS feed bundlers. I just like the features of the reader so much that nothing else really cuts it.

Now the work is pulling what was my Google Reader feeds that were saved in Flipboard into Feedly which powers Mr. Reader. Luckily, once I connected Mr. Reader to my new Feedly account, I can do much of this by moving between Flipboard and Mr. Reader which lets me add and organize my Feedly account from within the Mr. Reader app. Gotta love the amazing range of service integration and the fast to read layout.

Error: Twitter did not respond. Please wait a few minutes and refresh this page.